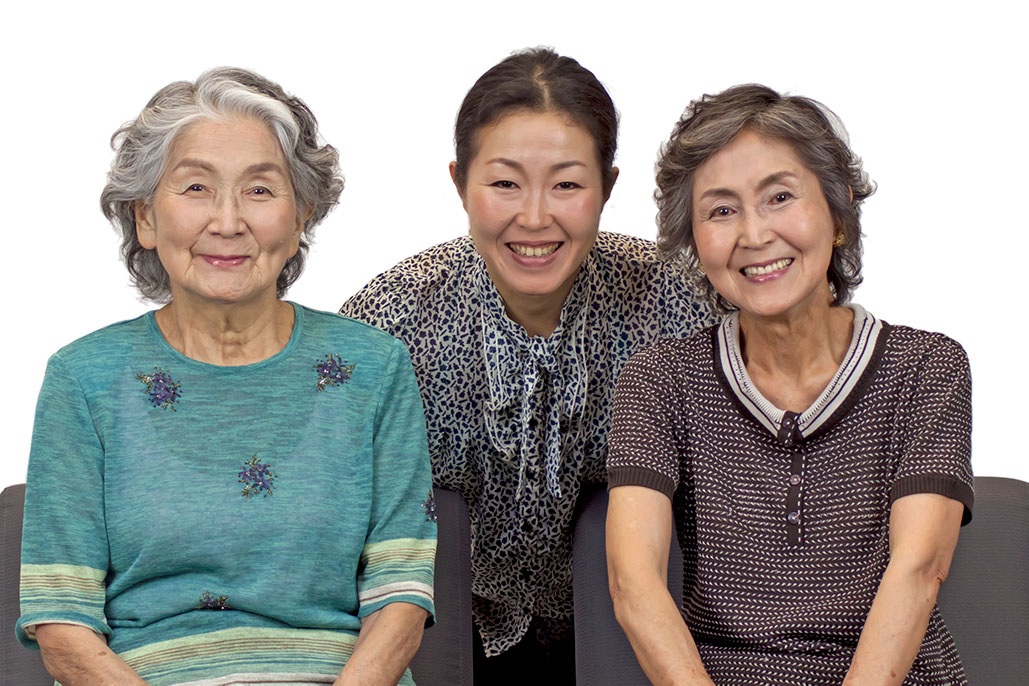 Last week we had the honor of celebrating the 94th birthday of Fumi-san. She is the grandmother of Ms. Yuri Nonaka, whom many of our customers have known well for years.

Fumi-san, and Yuri’s mother, Kyoko-san came to the office with a bag of Miyazaki mangos (called Tayo-no-Tamago, sun’s egg) for the staff and lit up the office with their smiles and gracious manners.

Fumi-san was born in Miyazaki in 1920. She was the 6th child of a family of 11 (seven sisters and two brothers.) Her parents were progressive enough to allow her to travel abroad by herself when she turned 18 after she graduated from High school. Fumi-san went to Korea and wanted to travel further, against her parent’s advice, just as the Second World War had begun to ravage the area.

The family, worried about Fumi-san’s safety, had to devise a plan to convince Fumi-san to come back home. She received a letter from home with the news that her father was seriously ill. Fumi-san rushed back home, and to her surprise found out that it was a made up story!

Fumi-san was married to a local boy in an arranged marriage which was the custom of the time. There were difficult years during the war, and you can tell from the depth of her eyes that she has a lot of stories to tell.

A lot has changed since 1920, except for one thing: According to her family, Fumi-san’s glowing smile is as charming as it has always been.

We feel fortunate to have had this opportunity. May she smile upon us for many more years, and may we learn even a little of the secrets which have kept her so beautiful all these years.

(In the picture above, Fumi-san is to the left. Ms. Yuri is in the center. To the right is Kyoko-san, Ms. Yuri’s mother.)