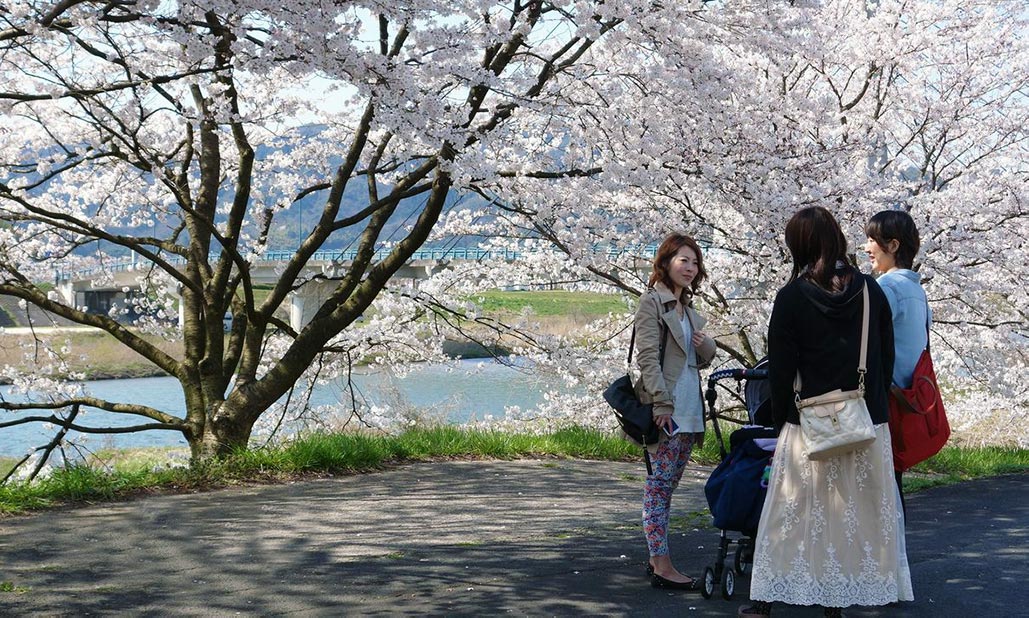 When we can share feelings with others, they are no longer strangers. If we have empathy, “others” become “we”. Where there can never be any strangers is not a spot, town, or a country. It is in our hearts.

They will be in full bloom here in south Kyushu in about two weeks, grace Tokyo a few days later and blanket Tohoku in early April.

There are volumes written about the beauty and cultural significance of Japan’s cherry blossoms, or “sakura” in Japanese. Undoubtedly, there is an ethereal quality about them which transcends culture and place.

You don’t have to be Japanese to be awestruck by their beauty, to be uplifted by their liveliness or sense their impermanence and fragility. All you have to be is human.

About Issa and This Haiku

Issa Kobayashi (1763 – 1828) is one of the great Japanese masters of haiku poetry. Issa’s haikus are notable for their deep insights into the human psyche and his affinity for small creatures such as butterflies.

The above is a classic haiku in three lines of 5, 7 and 5 syllables respectively:

hana no kage / aka no tanin wa / nakari keri

Issa uses the word hana (blossom, flower) instead of the more common sakura (cherry blossom). In Japanese, hana has a soft nuance and leaves a lot to the imagination; the word sakura is exact, almost to the point of being technical.

He further extends the nuance by using the phrase no kage (shade of), meaning “thanks to” or “by the grace of”.

In the second line, Issa describes stranger ( tanin) by qualifying it with aka no, meaning utter or complete. He is limiting his thought not to just a casual stranger, but to one who could be a stranger in every sense of the word.

The humanity of Shared Emotions

Viewing cherry blossoms is a joyful light-hearted affair. At the same time, their impermanence, the feeling that they will be gone soon, is profoundly moving and evocative.

If we can share these feelings, if we have empathy for one another, we are no longer strangers — whether we greet each other by saying hello, konnichiwa, shalom or salam.

Issa wrote this beautiful haiku two centuries ago. It is just as fresh today, and perhaps more relevant in a world where divisions and misunderstandings amongst peoples and nations can imperil us all.

Issa’s haiku suits the season, of course. It is also about a timeless human quality: empathy.