In Japanese mythology, the seventh day of the seventh month (July 7) is the festival of Tanabata. On this day, the deities Orihime and Hikoboshi, two lovers separated by the milky way, unite for their only one occasion of the year.

The milky way galaxy shines dense and bight in the night sky in July, which to the Japanese looks like a swollen river. They call it Amanogawa (Heaven's River).

Orihimi is the daughter of Tentei, Ruler of Heavens and Emperor of North Pole. She fell madly in love with Hikoboshi, a hardworking cowherd. The couple married to the dismay of Tentei. He banished Hikoboshi to the far bank of the Heaven's River, the milky way. As a consolation to her daughter, he allowed her to meet Hikoboshi once a year, on the night of Tanabata. 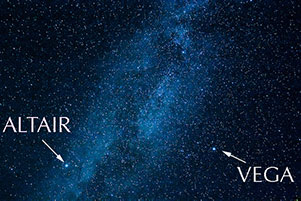 When the old Japanese looked up in July's starry nights, the saw two bright stars coming closer to each other on alternate sides of the milky way: Vega which they believed was Orihime, and Altair which had to be Hikoboshi, they thought. 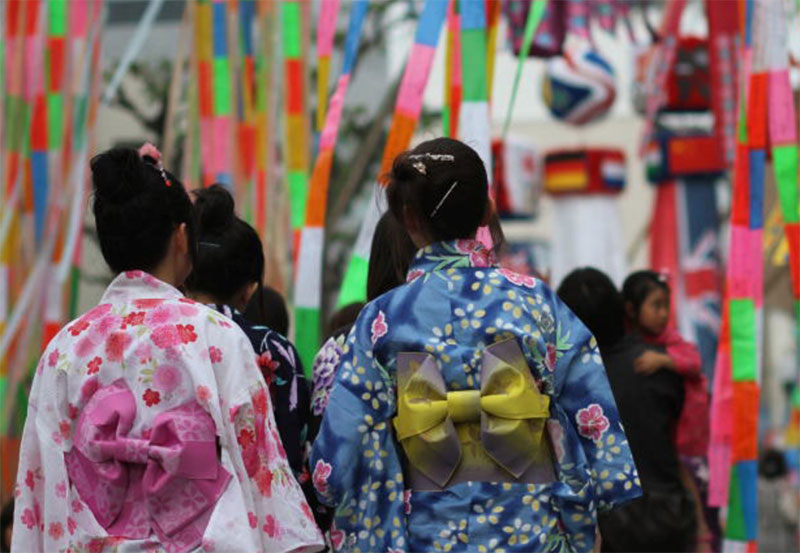 They sing traditional songs and write their wishes on pieces of colored paper (called tanzaku) and hang them on bamboo branches — set afloat on a river after the festival.

Below is a traditional Tanabata song:

Majestic stars glitter
on the gold and silver grains of sand.

On the five-color paper
I have written …

Glittering majestic stars,
are watching us from heaven.