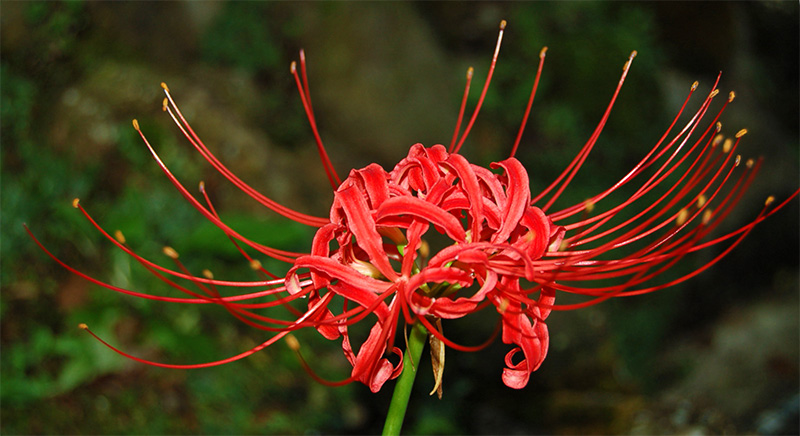 Autumn has just arrived in Japan, and the mystical, other-worldly looking higanbana (red spider lily, Lycoris radiata) is in bloom. It's time for the Japanese to return to their family homes for a visit and pay respect to their departed ancestors.

Higanbana is the symbol of the seven-day solemn tradition of higan, centered on September 22, the Autumn Equinox, when night and day are equal. The Japanese believe that during higan, the world of the living and world of departed are at their closest.

When I was a child, I was scared of touching higanbanas. Elders used to warn children not to touch them lest they get sick. But children are curious, and once in a while, I would pick one by breaking its stem. The smell was so pungent, like something dead, I thought.

Higan, the other shore, is not the same as the world of the dead. Instead, it is where the departed ancestors "live", albeit in a different form.

The word higanbana means "flower from the other shore" in Japanese. Higanbanas are believed to be temporary embodiments of departed ancestors who cross the Sanzu and come back for a brief visit during the autumn equinox.

I'm not scared of higanbanas anymore. Now, I respect them and adore their beauty.

I hope when I come back as one, other people feel the same about me.