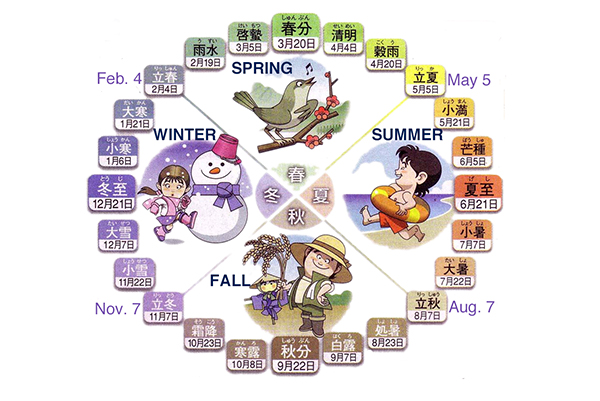 The Japanese almanac divides the year into 24 season-like periods, each lasting about two weeks.

These periods are markers of significant celestial events (such as equinoxes and solstices), weather cycles (such as monsoons) and ecological patterns (such as migrations and hibernations).

To this day the beginning of each 24 “season” is observed and marked on most Japanese calendars.